The story of one wardrobe.

I had a wardrobe. Rather it was not mine, but my parents . It lived with them for a very long time, it had a glossy surface, and I remember even as I reflected in his lower door , and then in the mid-level doors . I’m not sure that some other children with other parents were not reflected in it. Shelves eventually caved under  library carefully collected. Heavy, as much as it was high quality thing it was so not eco-friendly, fibreboard swelled in some places. Eventually old cupboard was found enduring and became old after all. However , it was not waiting for a quiet stay with grandmother , and was moved from the oddly town Togliatti in brilliant wet Peter (Saint-Petersburg, by the way , if you quickly repeat this version of the name given to the best of the city by happy residents, you get a strange word “tolerance ” , and it might seem fatal) . In Peter old doors were tightened to him again, and it was re-filled with things. In general, proved tenacious cupboard. But I was very tired of it’s dull and vulgar ( in the sense of repeatability) Soviet views. I decided on surgery, and its last three years it spent in a modified form, I had fitted doors with too thin canvas and decorate them (though at the time I did not quite understand what I’m doing , but it was very exciting ). Three years later, we finally killed wardrobe when moving and buried it in the trash , but I kept updated doors – was not easily to remove canvases ( they are dense now because of layers of soil and paint ) and door handles remained, by the way. Piece of history still remained to live (although this is in general doubtful thesis) . Here I put pictures  of canvases with handles and a photo of the facade of the cabinet , although it was not at all wardrobe , but  a whole family of cabinets, “wall”  we called it. One hopes that the family wall and the audience did not take offense at me for my decisions. 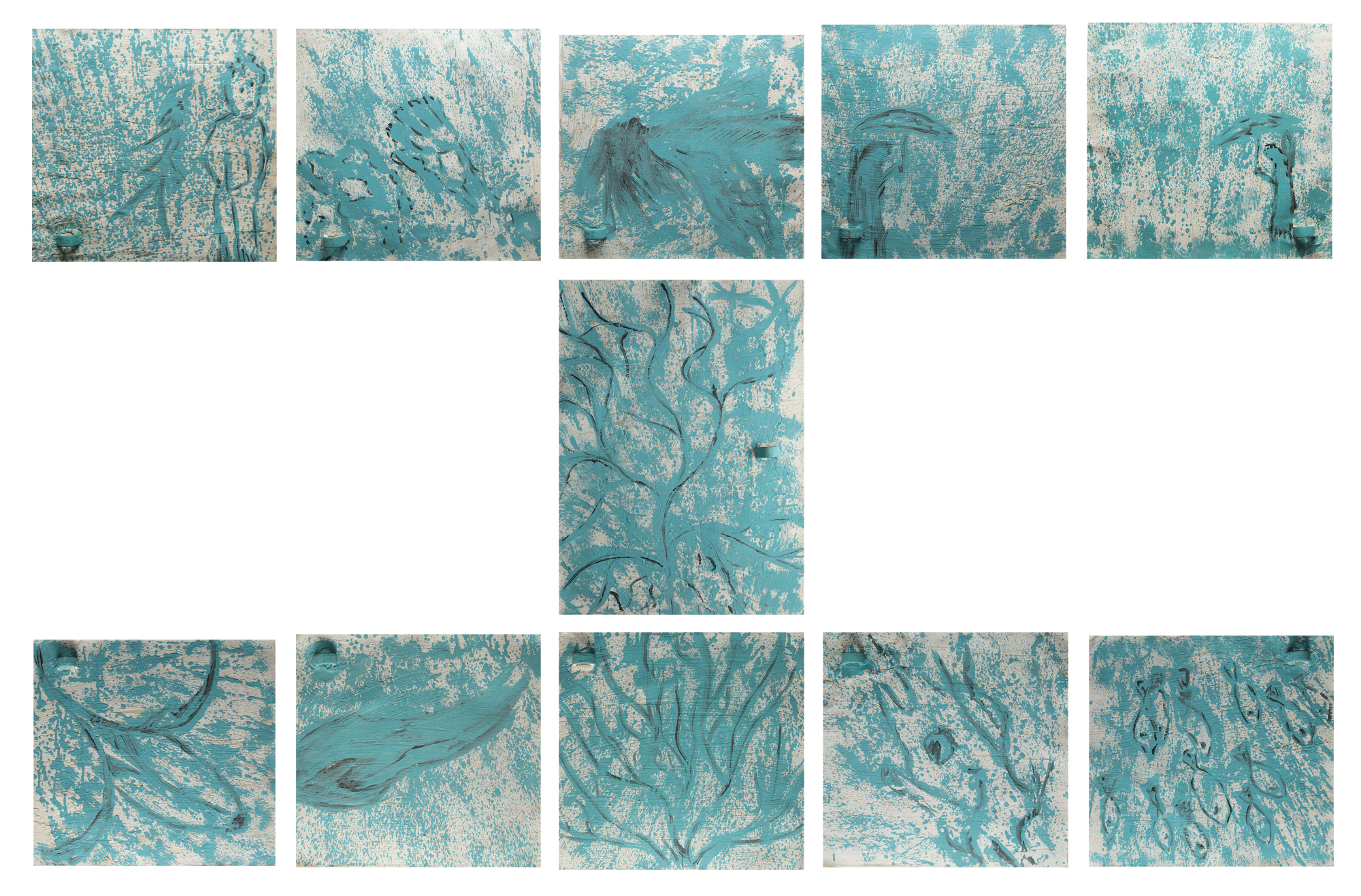